When that warm weather hits, every guy’s go-to bottoms are mens shorts. These are the casual staples that’ll give you all the summertime feels. Whether you’re vacationing or exercising, you’ll look stylish in any scene in mens fashion shorts. Check out our trendy collection of shorts for men, including mens lace shorts, linen shorts, chino shorts and more. Designed by exclusive brands, you won’t find designer mens shorts this fashion forward anywhere else. Apart from scoring trends, we carry a range of length styles ideal for every height from mens long shorts to super short shorties. If you’re looking for something on the edgier side, we’ve also got mens sexy shorts in high-octane leather and spandex designs, especially great for a hot date. Just need shorts for staying cool at the gym? Try our variety of dynamic mens drawstring shorts in stretchy cotton and jersey, ideal for days when it’s too hot for meggings. Whatever plan you’ve got on your agenda, our selection of mens fashion shorts will deliver that high-fashion feel.

There are so many ways to style mens shorts depending on where you’re going. You can go super sporty or super chic. For guys that need work-approved shorts, a popular choice is mens chino shorts or mens linen shorts because they’re finished with that neat, tailored look. These are the best bottoms to wear with button-down and collared shirts. Looking for a more risqué look? All you need are mens sexy shorts. As the name suggests, these are the most provocative bottoms that’ll heat things up on a date or night out. When you’re wearing mens sexy shorts, they’re just not complete without a similar shirt style in mesh, leather or spandex. You could even try playful lace shorts for men that’ll lend a peek-a-boo effect with its sheer fabric. Of course, there’s every guy’s favorite style: streetwear shorts. You probably already own at least one pair of mens camo shorts or drop crotch shorts mens. Ultimately, any casual top, like graphic tees or longline shirts, will add trendy vibes to your next summer outfit. 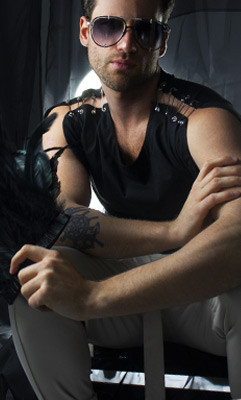 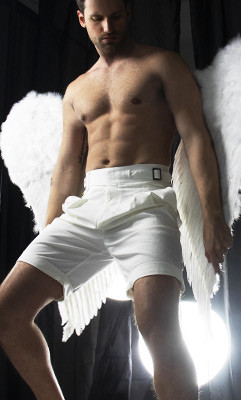 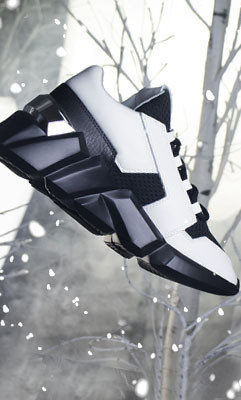