One of the best alternatives for regular jeans are mens denim shorts. They’re made with the same stylish accents, so you can keep on rocking designer denim all summer long. You need to check out our latest selection of jean shorts mens by exclusive indie designers, like Glimms and Pascucci. We’ve got every on-trend wash from light blue to dark purple denim. Check out our assortment of mens jean shorts in a range of fit styles from short length to slim fit. On top of fashion-forward styles, some of our mens jean shorts feature trendy denim accents, like ripped cuffs, side zippers and faded dyes. Anything but basic, our ripped jean shorts mens are the perfect complement with edgy streetwear. We guarantee as soon as summertime rolls around, you’re going to be wearing our casual jean shorts with every tee and tank.

If you’re not already into jean shorts mens, you’re about to be addicted to this trendy menswear staple. They’re the easiest bottoms to throw on for almost any casual event from grabbing drinks to running errands. Whether you’re into ripped jean shorts mens or plain blue jean shorts, we’ve got the best style suggestions to go with your next denim bottoms. Going for mens denim shorts in a vivid color? Since these shorts are already packed with a bright hue, you don’t need to overcompensate with a loud top. Instead, make your colored denim shorts the main statement by complementing them with a neutral tee. On the other hand, if you’re just wearing classic blue denim shorts, you can take your outfit up a notch with a patterned or graphic shirt. Not into jean shorts? Try checking out our mens cargo shorts for a casual alternative. 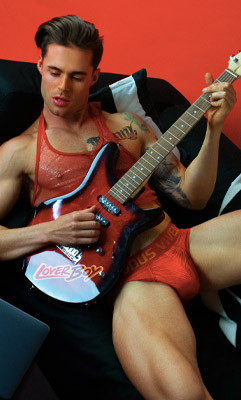